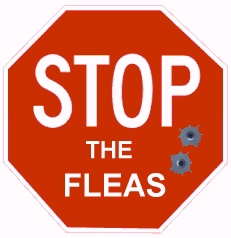 Welcome to the number one website in the world (more or less) about FLEAS! Fleas are parasites that live by sucking on the blood of their hosts. There are over two thousand species of fleas. Collectively they make up the order of insects known as ‘Siphonaptera.’ The name siphonaptera comes from Greek, in which ‘siphon’ means tube (fleas suck blood through a tube) and ‘aptera’ means without wings.

Fleas are NO joke! 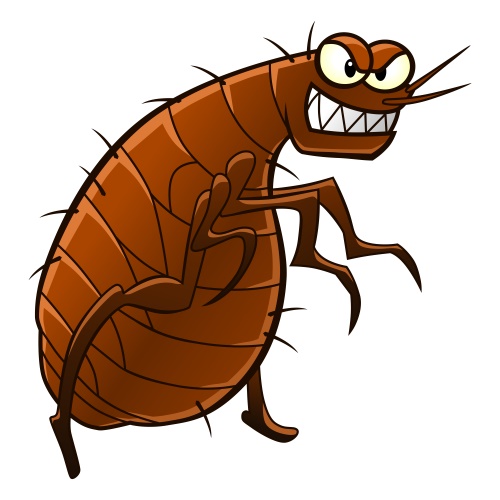 Fleas are extremely small wingless insects. At their largest, they will reach an 1/8th of an inch. Different species of fleas feed off of the blood of different animal (birds and mammals) and are generally species specific. Dog Fleas will not feed off of cats and vice versa. Fleas are dark colored, ranging from brown to black. They are small and extremely fast. Though they cannot fly, they are the world’s best jumpers in relation to body size. A flea can jump as far as seven inches, which is over a hundred times the size of a flea’s body. By comparison, this would be like a six-foot person jumping over six hundred feet. Fleas’ ability to jump is the way they move from one host to another and the way flea infestations are spread. Fleas bodies’ are very flat and their bristles grow in such a direction that they can easily move between hairs or feathers on their host’s body. Their bodies are extremely tough, allowing them to withstand scratching and other hitting.

Fleas not only feed off their host, but also live on them. They lay eggs, a couple dozen at a time, on their hosts as well. Some eggs will stay on the host but most will fall off. The eggs will then hatch into small blind larvae that stay in dark places, like linens or holes in walls, and feed on rotting food, feces, and other foods they can find and scavenge around them. A few weeks later, they will turn into pupae and, yet another few weeks after that; they will emerge as adult fleas. During the winter, fleas stay in their pupa phase for longer in order to survive.

Adults live for a relatively long time compared to other insects. In ideal conditions (warm and very humid), a flea can live for several years and can survive months at a time without eating. One single female flea can lay potentially thousands of eggs throughout her life. This propensity for reproduction allows flea populations to grow at a tremendous rate. It should be noted, however, that at any given point of time the majority of a flea population is in egg form.

Flea bites are usually not painful however they can often become itchy and swelling is not uncommon. Fleas are dangerous in that they can potentially carry diseases. Some of the most common types of fleas are dog fleas, cat fleas, and human fleas. There are many species of flea adapted to feeding on human blood. The most common such flea is pulex irritans. Despite its common name (the human flea), pulex irritans is actually one of the few fleas that can feed off of dozens of different species of birds and mammals.