‘Louse’ (in plural, ‘lice’) is the household name for any of over 3,000 different species of wingless parasitical insects in the order ‘phthiraptera.’ Out of those thousands of species, three of them are known to frequently use humans as hosts; Head Lice, Body Lice, and Pubic Lice. Lice are ‘ectoparasites,’ meaning they live externally on their hosts, unlike other parasites, which may live under the skin, in organs, or even inside cells. The vast majority of lice are scavengers, feeding on dead skin, dead hair, or other matter found on their hosts’ bodies. The three forms of lice most likely to infest humans are not such scavengers, but are blood-sucking lice.

Lice vary a great deal in appearance depending on the species. All lice are small wingless insects (having six legs, a head, an thorax, and an abdomen). Lice that infest humans vary in size from under one millimeter in length to just over three millimeters in length. For the most part lice vary from light gray to a pale brown color. If a louse feeds on blood, it may become significantly darker after feeding. Lice are highly specialized animals and different species feed not only on specific hosts, but even on specific body parts of specific hosts. For instance, body lice, pubic lice, and head lice are three separate species and each will inhabit a human host only in its preferred area.

Lice are ‘exopterygotes,’ meaning that they are born looking like adults and simply grow to the size of adults throughout their lifecycle. This is different from insects such as, for instance, butterflies that change from eggs to caterpillars to pupae to adults. Lice molt their skin three times before reaching adulthood. Adult lice lay small white eggs, commonly referred to as ‘nits.’ Once the eggs have hatched they become yellow. Lice inhabiting human hosts attach their eggs to hairs using their saliva. This makes the eggs very difficult to remove. Lice have a lifespan of roughly one month, roughly have of which it takes to mature and the other half of which is spent reproducing.

Lice cannot live long away from their hosts. In addition, lice do not have wings and, unlike fleas, are incapable of jumping far. For this reason, at least in humans, lice are generally transferred by direct physical or sexual contact. In addition, lice can be transferred in items of clothing where they can live for a short time (hats, scarves, towels, etc.). A female adult louse can lay around thirty eggs in her lifetime. For this reason, it only takes one louse to start an infestation.

Head lice, pubic lice, and body lice are all members of the ‘Pediculus‘ genus. The scientific name for the disease of having lice is thus known as ‘Pediculosis.’ Pediculosis in humans is divided into three classifications, Pediculosis Capitis (Head Lice Infestation), Pediculosis Corporis (Body Lice Infestation), and Pediculosis Pubis (Pubic Lice Infestation aka ‘Crabs’). Head Lice infestations are the most common type of lice infestation amongst humans. The most common symptom of infestation is severe itching, which is felt both because of louse bites and simply from feeling the lice moving around over the skin and between hairs. Excessive scratching can lead to scabs and infections. In addition, lice can carry a number of diseases that can be transferred to humans and, for this reason, Pediculosis must be treated as soon as it is detected. 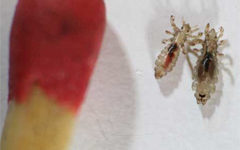 Head Lice (Pediculus Humanus Capitis) are a subspecies of the Phthiraptera order. They are wingless parasites that spend their whole lives exclusively on human scalps and feed by biting the … 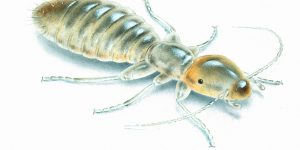 Pthirus Pubis is a type of louse more commonly known as pubic lice, crab lice, or colloquially, crabs, which inhabits pubic hair though it can also live on eyelashes. Like … 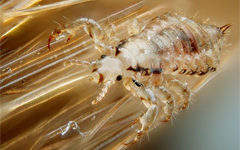 Getting rid of head lice is a straightforward and simple process. The process can take a week or two as retreatment is often needed. However, the steps to take are …