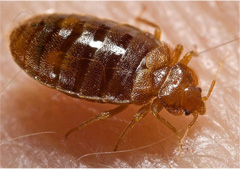 Bed Bugs are small insects that feed on other animals’ blood. While there are many types of bugs in the Bed Bug family, the most common is the Cimex Lectularius. The Cimex Lectularius is known as the ‘bed bug’ because it prefers to live in houses, especially in beds and other furniture, and generally feeds on human blood. These little critters, which have been around and known about for thousands of years, gave rise to the famous phrase ‘Good Night, sleep tight, don’t let the bed bugs bite!’

Bed Bugs are very small (at the largest about three by five millimeters) nocturnal creatures and can feed on their hosts without being noticed. Bed Bugs are resilient and can survive in many conditions, however they are unable to survive high temperatures (about 113 degrees Fahrenheit and higher) for more than a few minutes, which is important to know if dealing with an infestation. The average bed bug feeds once ever five to ten days, but they can survive up to a year without feeding!

The common Bed Bug likes to live in areas where humans sleep – beds, mattresses, sofas, and so forth. It is attracted to the hosts it feeds on by means of warmth, its ability to detect carbon dioxide, and by certain chemicals it is able to sense. The bug feeds by piercing its host’s skin with a ‘stylet fascicle,’ essentially a small tube it keeps close to its body. It takes a bed bug between three to ten minutes of feeding to become full.

Bed bugs have been around for thousands and years and are thought to have originated in the Middle East, where they would have lived in caves occupied by humans. With the world’s eventual urbanization, the bugs were able to move around the world, possibly in transportations of goods such as wool, and eventually made it to urban centers. It has been hypothesized that the insects became significantly more common after the invention of modern heating, which allowed them to live in homes year-round and not die in the winter. At one point of time, bed bugs were nearly forced to extinction by the introduction of the pesticide DDT. The pesticide has since been banned as it was found to be harmful to humans as well. 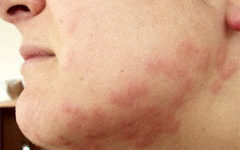 Bed Bug bites are unpleasant, itchy, and can have a number of adverse health effects. The effects of bites will vary greatly from individual with some individuals having no visible … 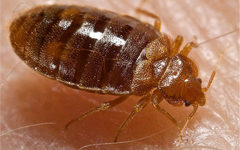 We all love our beds, unfortunately beds are also one major host for adult bed bugs, eggs and larvae, as dogs often sit on sofas and chairs, and cats love … 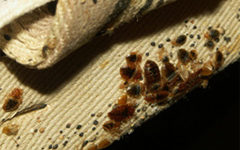 Finding a Bed Bug Infestation So you think you might have Bed Bugs but you aren’t sure? How can you be sure that you have bed bugs and not fleas, …

This page explains in detail the full process of getting rid of bed bugs. Before you get started though, you need to ask yourself if you’re equipped and prepared for … 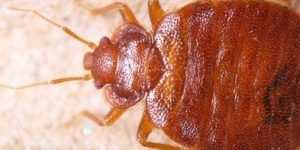 Do You need a Bed Bug Exterminator? If you are looking for detailed instructions on how to get rid of bed bugs, click here. Before you try to fix your …